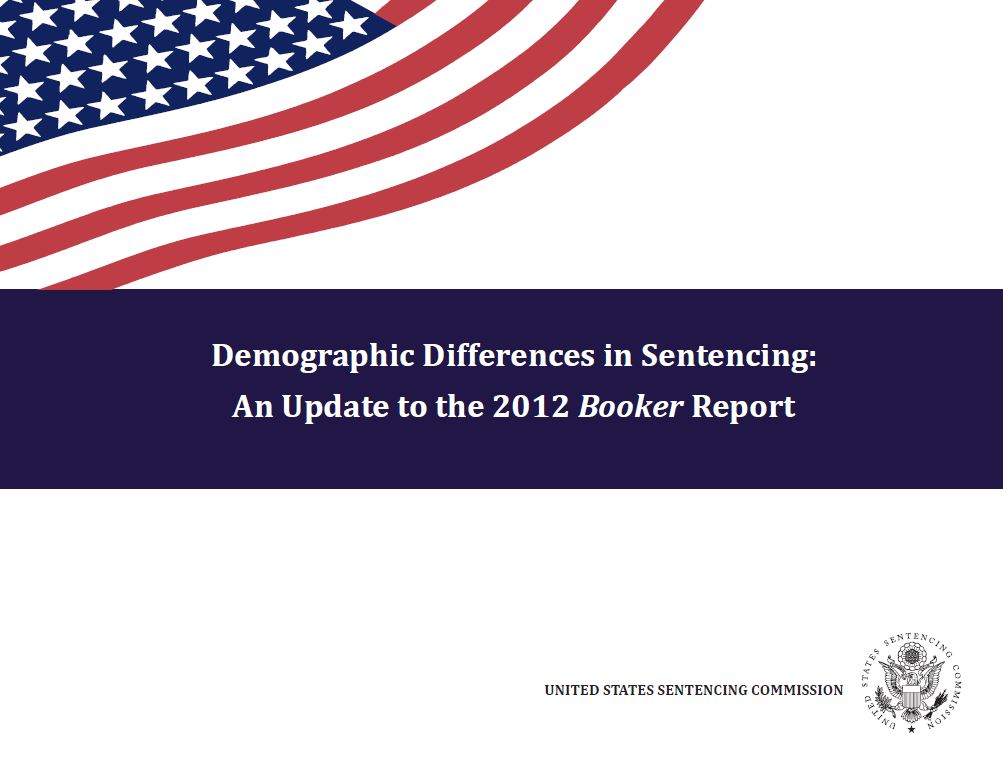 (Published November 14, 2017)  For this report and in its prior two reports (see below), the Commission used multivariate regression analyses to explore the relationships between demographic factors, such as race and gender, and sentencing outcomes.  These analyses were aimed at determining whether there were demographic differences in sentencing outcomes that were statistically significant, and whether those findings changed during the periods studied.

The Commission once again updated its analysis by examining cases in which the offender was sentenced during the period following the 2012 report.  This new time period, from October 1, 2011, to September 30, 2016, is referred to as the “Post-Report period” in this publication.  Also, the Commission has collected data about an additional variable—violence in an offender’s criminal history—that the Commission had previously noted was missing from its analysis but that might help explain some of the differences in sentencing noted in its work.  This report presents the results observed from adding that new data to the Commission’s analysis.