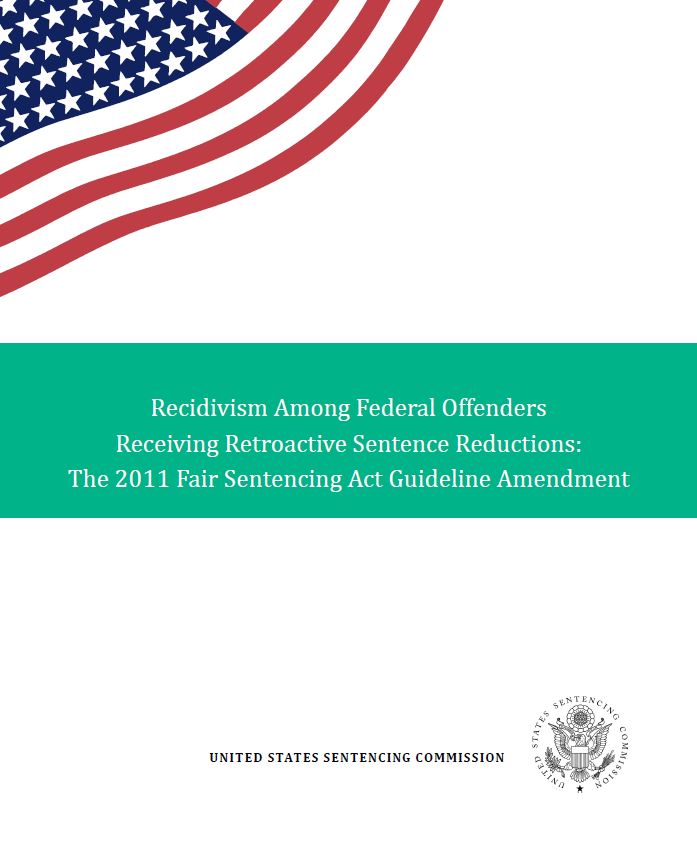 (Published March 28, 2018) The publication Recidivism Among Federal Offenders Receiving Retroactive Sentence Reductions: The 2011 Fair Sentencing Act Guideline Amendment analyzes recidivism among crack cocaine offenders who were released immediately before and after implementation of the 2011 Fair Sentencing Act Guideline Amendment, and followed in the community for three years.

In order to study the impact of retroactive sentence reductions on recidivism rates, staff analyzed the recidivism rate for a group of crack cocaine offenders whose sentences were reduced pursuant to retroactive application of the 2011 Fair Sentencing Act Guideline Amendment. Staff then compared that rate to the recidivism rate for a comparison group of offenders who would have been eligible to seek a reduced sentence under the 2011 amendment, but were released before the effective date of that amendment after serving their full prison terms less good time and other earned credits.

The Commission's report aims to answer the research question, "Did the reduced sentences for the FSA Retroactivity Group result in increased recidivism?"