Older Offenders in the Federal System 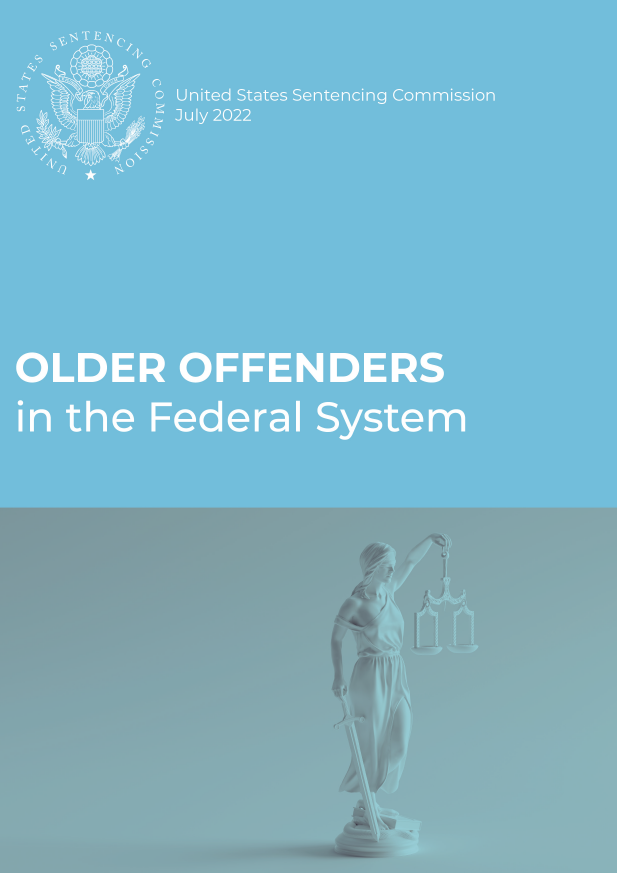 (Published July 26, 2022)   Congress requires courts to consider several factors when determining the appropriate sentence to be imposed in federal cases, among them the “history and characteristics of the defendant.” The sentencing guidelines also specifically authorize judges to consider an offender’s age when determining whether to depart from the federal sentencing guidelines. In this report, the Commission presents information on relatively small number of offenders who were aged 50 or older at the time they were sentenced in the federal system. In particular, the report examines older federal offenders who were sentenced in fiscal year 2021 and the crimes they committed, then assesses whether age was given a special consideration at sentencing. This report specifically focuses on three issues that could impact the sentencing of older offenders: age and infirmity, life expectancy, and the risk of recidivism.

Older offenders commit fraud and sexual offenses at higher rates than all other offenders.

Roughly 40 percent (40.7%) of older offenders had a physical disability prior to arrest for the instant offense.

About one-third (31.2%) of older offenders had used drugs or misused prescription drugs in the year prior to arrest.

Older offenders have less extensive criminal histories, compared to all other federal offenders.

In fiscal year 2021, a nearly equal proportion of older offenders (36.7%) were sentenced within the guideline range as received a below range variance (35.5%).