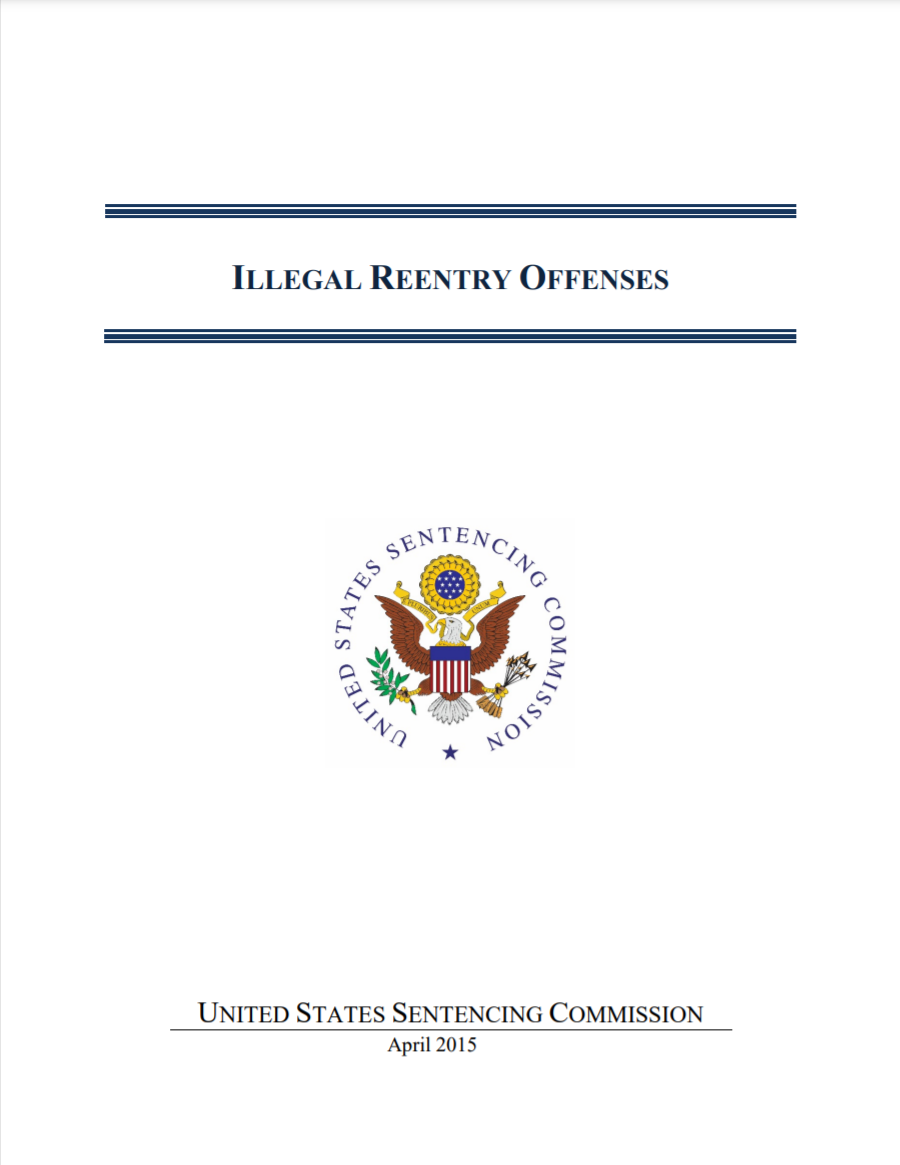 This report analyzes data collected by the United States Sentencing Commission concerning cases in which offenders are sentenced under USSG §2L1.2 — commonly called “illegal reentry” cases. Such cases are a significant portion of all federal cases in which offenders are sentenced under the United States Sentencing Guidelines. In fiscal year 2013, for instance, illegal reentry cases constituted 26 percent of all such cases. As part of its ongoing review of the guidelines, including the immigration guidelines, the Commission examined illegal reentry cases from fiscal year 2013, including offenders’ criminal histories, number of prior deportations, and personal characteristics. (April 2015)

Among the key findings from analysis of fiscal year 2013 data: