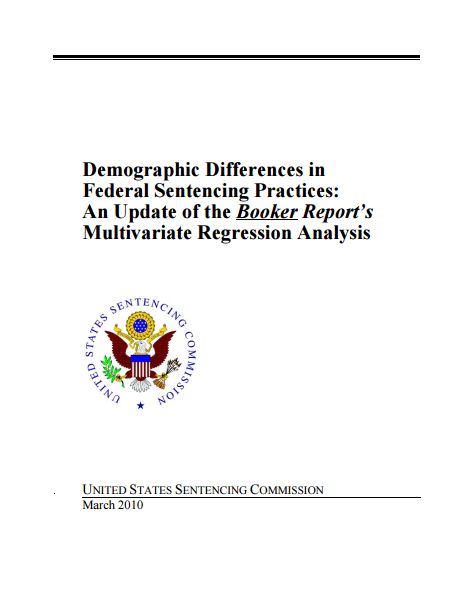 In 2006, the United States Sentencing Commission undertook a review of the impact on federal sentencing of the Supreme Court’s decision in United States v. Booker. In March 2006, the Commission published the results of that review in the Final Report on the Impact of United States v. Booker on Federal Sentencing. As part of that report, the Commission performed an analysis of data from the federal courts to examine whether differences in the length of sentences imposed on offenders were correlated with demographic characteristics of those offenders. Based on continued interest in this issue, and in response to specific requests to update its prior analysis, the Commission has now repeated the analysis used for the Booker Report with additional data and has also developed a second methodology to examine that data. This report presents the results of that work.

This report focused on three separate time periods which together spanned the time between May 1, 2003, and September 30, 2009. The Commission found a correlation between the length of sentences imposed on some groups of offenders and the demographic characteristics of those offenders. These differences were not present in all time periods under study and differed in magnitude in the time periods in which they were observed. (March 2010)

Based on the Commission's analysis, and after controlling for a variety of factors relevant to sentencing, the following observations were made: