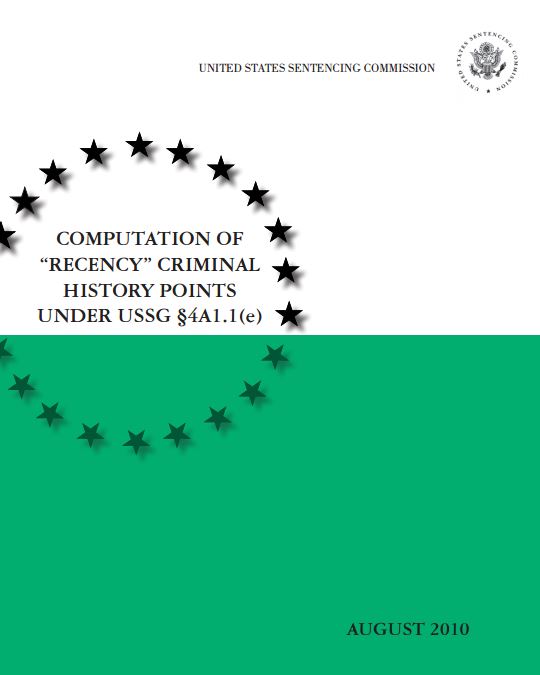 This document provides certain information considered by the Commission as part of its determination to amend the guideines to eliminate the consideration of "recency" points provided in USSG §4A1.1(e). That amendment, amendment number 5, currently is pending before Congress as part of the package of amendments submitted to Congress on April 29, 2010. The amendment has a specified effective date of November 1, 2010. (August 2010)