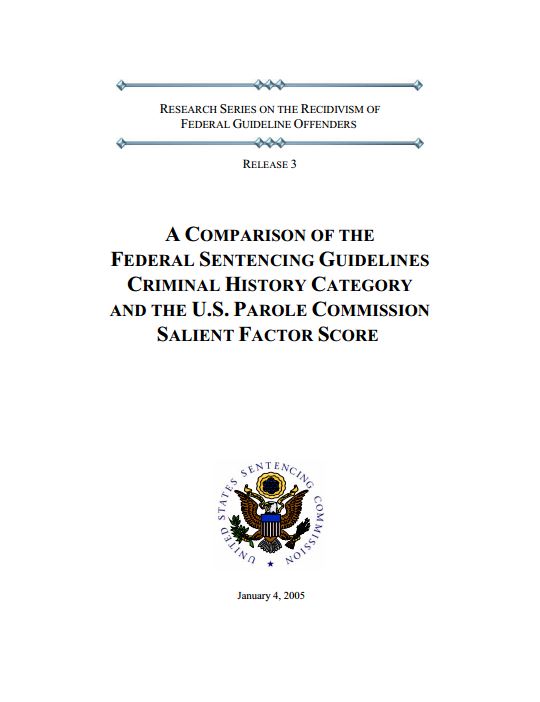 In its 1970s effort to structure discretion and equalize decision making with a quantified instrument, the U.S. Parole Commission developed a recidivism prediction measure called the Salient Factor Score (SFS). Early research documents that the SFS (operating as a pilot project in 1972) identified groups of offenders more, or less, likely to recidivate. In addition to its construction sample of federal prisoners released in 1970, the thorough evaluation employed two validation samples of federal prisoners also released in 1970. With these successful validation results, the then U.S. Board of Parole adopted the SFS as its main decision-making instrument in October 1973. Since that time, the Parole Commission has used empirical recidivism data to guide, construct, and revise the SFS. Continuing research and validation demonstrates that the SFS is an accurate and reliable recidivism risk assessment tool.

The focus of the paper turns toward the goals of revision and improvement with the final sections. Section F directly compares the component elements of the two models to determine which formulation – that of the CHC or that of the SFS – is more predictive. Section G introduces age and first offender enhancements to the CHC and measures the increases in predictive power. The conclusion section summarizes the findings and highlights the importance of efficiency and simplicity in a post-Apprendi and post-Blakely guideline environment. (May 2005)