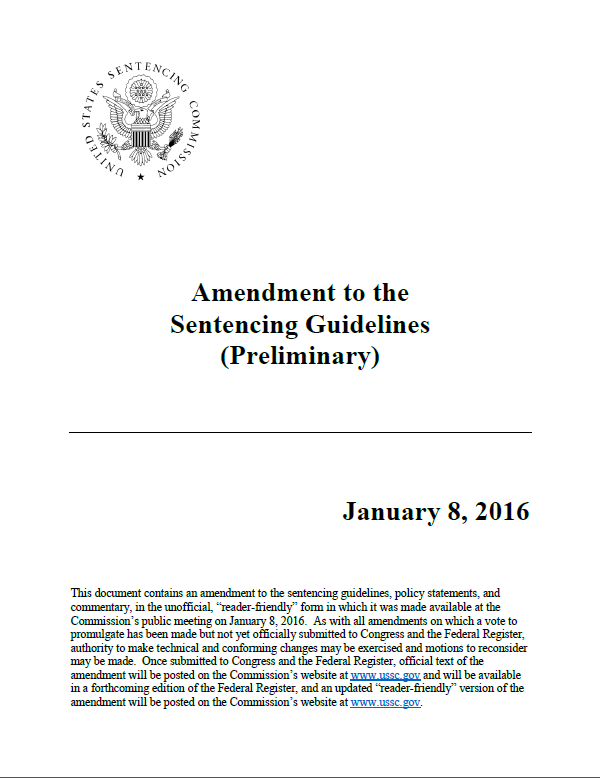 This compilation contains unofficial text of proposed amendments to the sentencing guidelines and is provided only for the convenience of the user in the preparation of public comment. Official text of the proposed amendments can be found on the Commission’s website at www.ussc.gov and appeared in the December 19, 2016, edition of the Federal Register. (81 FR 92003 and 81 FR 92021).

All written comment should be sent to the Commission by electronic mail or regular mail. The email address for public comment is Public_Comment@ussc.gov. The regular mail address for public comment is United States Sentencing Commission, One Columbus Circle, N.E., Suite 2-500, Washington, D.C. 20002-8002, Attention: Public Affairs. For further information, see the full contents of the official notice published in the Federal Register (available at www.ussc.gov).