Simple Possession of Drugs in the Federal Criminal Justice System 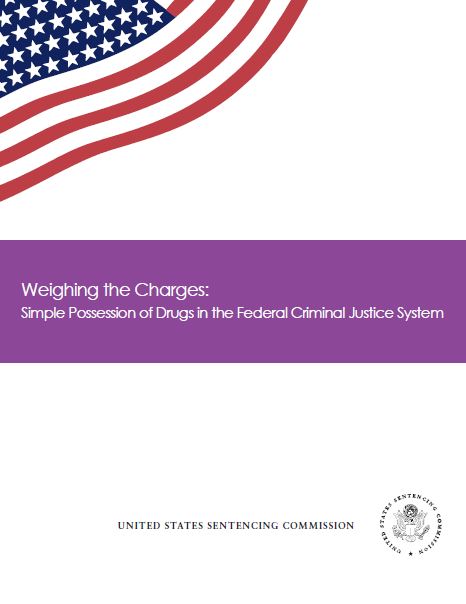 (Published September 21, 2016) The number of federal offenders whose most serious offense was simple drug possession increased nearly 400 percent during the six-year period between fiscal years 2008 and 2013. A change of this magnitude over a relatively short period of time triggered further investigation into these cases using data on offender and offense characteristics routinely collected by the United States Sentencing Commission, as well as additional data collected specifically for this project.

At first, this dramatic increase in the number of offenders sentenced for the simple possession of drugs seems to suggest a substantially increased focus on this offense by federal law enforcement personnel. Further analysis, however, does not support such a conclusion. The Commission's analysis shows:

Weighing the Charges: Simple Possession of Drugs in the Federal Criminal Justice System