Recidivism and the "First Offender" 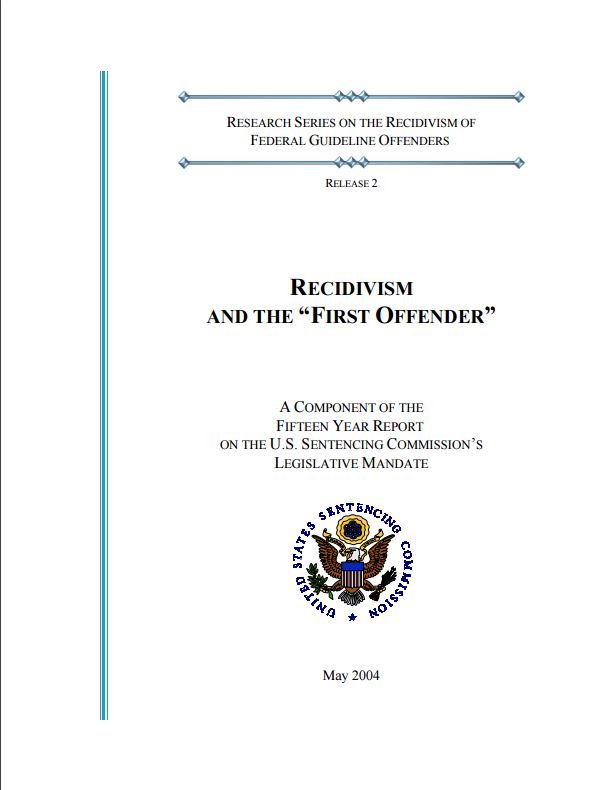 This report responds to the previous lack of empirical information on offender recidivism by drawing upon the Commission’s 2003 recidivism project data. Extrapolating from the results of previous working groups’ first offender analyses, this report presents a set of alternative first offender definitions. It documents the characteristics of offenders meeting the proposed alternatives, illustrating that those meeting the definitions are unique among federal offenders in terms of low culpability. The analysis then underscores the distinctive characteristics of the proposed first offender groups by presenting their consistent patterns of lower recidivism rates. The research goal is to identify criteria that define a low culpability and low recidivism first offender grouping as a first step in the development of a possible guideline revision. (May 2004)

Based on the Commission's analysis the following observations were made: