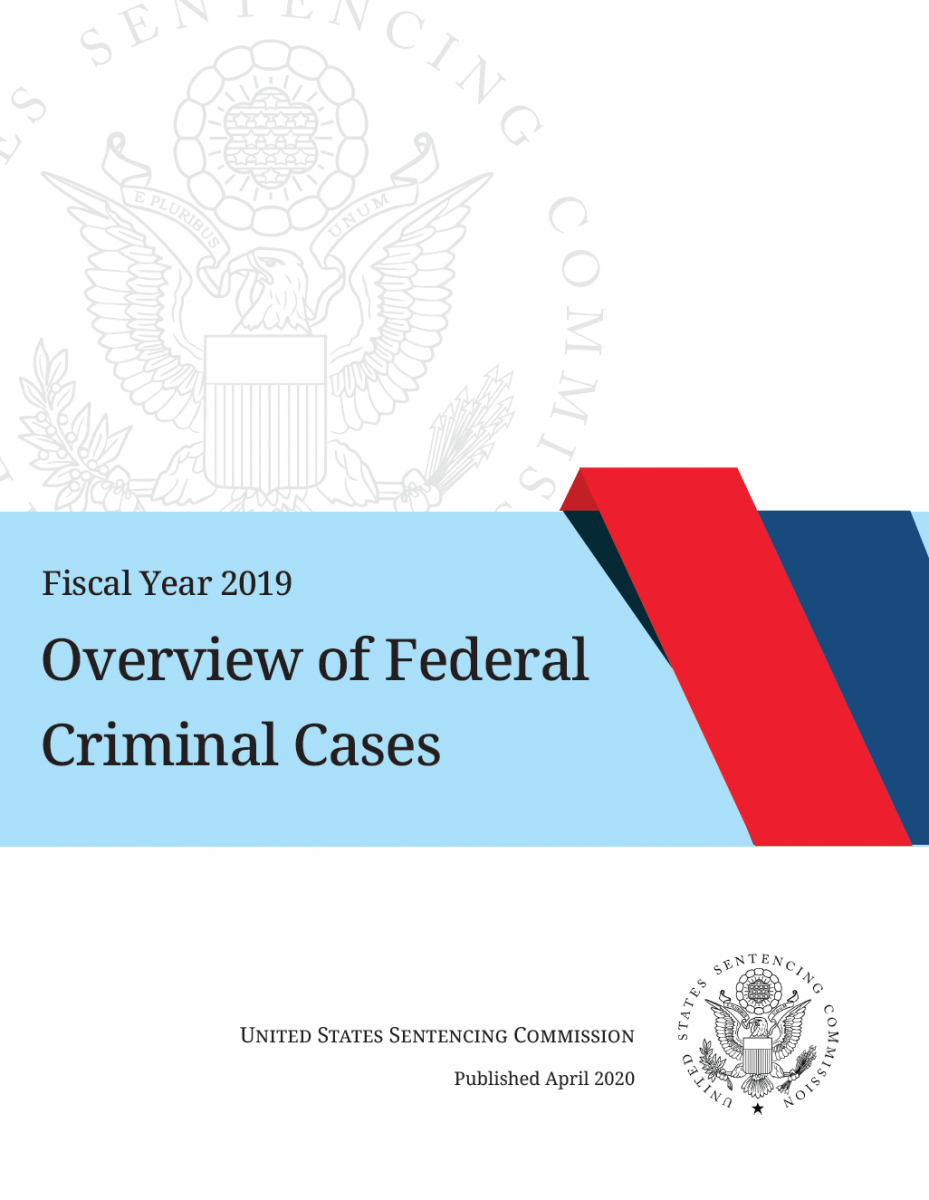 The United States Sentencing Commission received information on 76,656 federal criminal cases in which the offender was sentenced in fiscal year 2019. Among these cases, 76,538 involved an individual offender and 118 involved a corporation or other “organizational” offender. The Commission also received information on 5,139 cases in which the court resentenced the offender or otherwise modified the sentence that had been previously imposed. This publication provides an overview of these cases.

A review of cases reported to the Commission in fiscal year 2019 reveal the following: