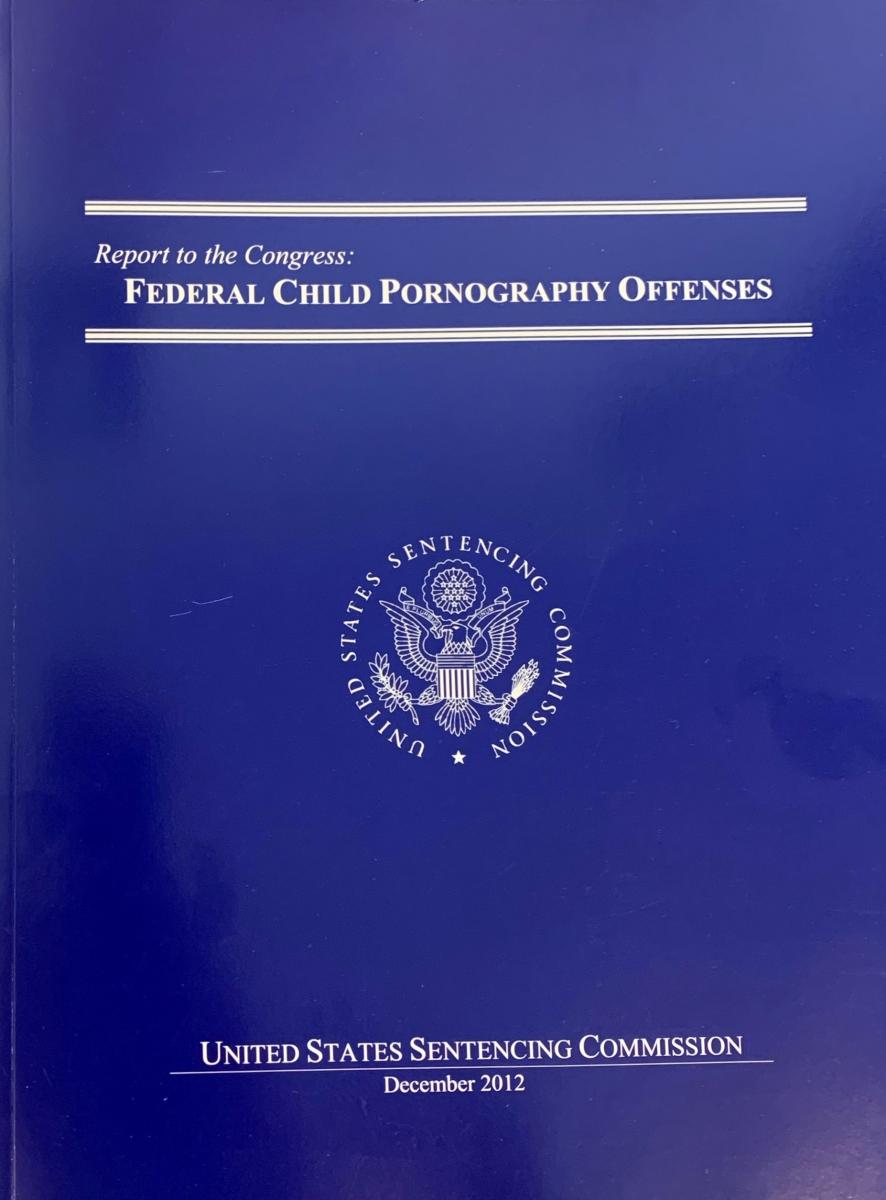 This report is the result of a multi-year study by the Commission and complements and expands upon the Commission's 2009 report, The History of the Child Pornography Guidelines. The primary focus of this report is USSG §2G2.2, the current guideline for non-production offenses such as possession, receipt, transportation, and distribution of child pornography, the four primary offense types. The purpose of this report is to contribute to the ongoing assessment by Congress and the various stakeholders in the federal criminal justice system regarding how federal child pornography offenders are prosecuted, sentenced, incarcerated, and supervised following their reentry into the community. (December 2012)

CHAPTER 1 — The Purposes and Methodology of this Report