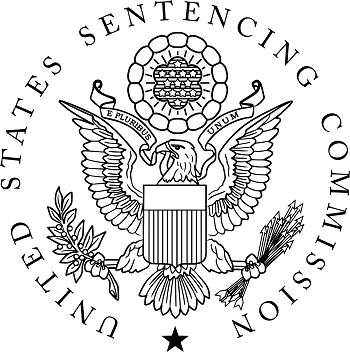 WASHINGTON, D.C. (April 12, 2018) — The United States Sentencing Commission unanimously voted on a slate of new amendments to the Guidelines Manual. Among other actions, the Commissioners voted to update the federal sentencing guidelines to address evolving challenges related to the distribution of synthetic drugs. The amendments reflect a collaborative, detailed, and data-driven approach to federal sentencing policy.

At the public meeting, Circuit Judge William H. Pryor Jr., acting chair of the Commission, remarked, “I would like to acknowledge the unique challenge that the Commission faced during this current amendment cycle. The Sentencing Reform Act of 1984 contemplates that there will be seven voting members on the Commission, appointed by the President and confirmed by the Senate. While setting sentencing policy is always difficult—because it impacts the liberty of our fellow citizens—reaching consensus was particularly challenging and critical this amendment cycle. Under the statute, we need an affirmative vote of four Commissioners to approve any pending amendments.”

At the meeting, the Commissioners approved a multi-part synthetic drugs amendment. The amendment draws upon public comment, expert testimony, and data analysis gathered during a multi-year study of synthetic drugs. Before today’s actions, many new synthetic drugs were not referenced in the federal sentencing guidelines. As a result, courts have faced expensive and resource-intensive hearings. The Commission’s actions reflect the evolving nature of these new drugs and will simplify and promote uniformity in sentencing these offenders.

Among today’s actions, the Commissioners voted to adopt a new guideline definition of the term “fentanyl analogue.” The change effectively raises the guideline penalties for fentanyl analogues to a level more consistent with the current statutory penalty structure. To address the severe dangers posed by fentanyl, the Commissioners also voted to adopt a four-level sentencing enhancement for knowingly misrepresenting or knowingly marketing fentanyl or fentanyl analogues as another substance (which equates to an approximate 50 percent increase in sentence).

The new amendment also establishes drug ratios and minimum offense levels for two new classes of synthetics drugs: synthetic cathinones (often referred to as “bath salts”) and synthetic cannabinoids (including, but not limited to, “K2” or “spice”). Following a multi-year study and series of public hearings with experts, the Commission found that synthetic cathinones possess a common chemical structure that is sufficiently similar to treat as a single class of synthetic drugs. The Commission also found that, while synthetic cannabinoids differ in chemical structure, the drugs induce similar biological responses and share similar pharmacological effects. In setting the new drug ratios, the Commission considered among other factors, the severity of the medical harms to the user, the current ratios applied in similar cases, known trafficking behaviors, and concerns for public safety. In recognition that potencies vary, the Commission also adopted departure language for drugs in a class that are more or less potent.

The Commission also voted to adopt a new application note providing that judges should consider alternative sentencing options for “nonviolent first offenders” whose applicable guideline range falls within Zones A or B. Eligible defendants must not have any prior convictions and must not have used violence, credible threats of violence, or possessed a firearm or other dangerous weapon in the offense. This narrowly-tailored amendment is consistent with the directive to the Commission in 28 U.S.C. § 994(j).

Acting Chair Pryor also observed, “Among the four of us here today, the unanimous agreement on this slate of amendments reflects even more collaboration and compromise than in a typical amendment cycle, and I would like to thank my fellow Commissioners for their time and service. We worked together to develop solutions that improve the federal sentencing guidelines in a manner that balances fairness, justice, fiscal responsibility, and public safety. I look forward to working with my colleagues to strengthen and to simplify the guidelines. Together, we will continue our efforts to ensure clear and effective guidance for federal courts across the country.”

At the meeting, the Commission also increased offense levels for certain Social Security fraud offenses to incorporate statutory changes resulting from the Bipartisan Budget Act of 2015. The Commission received valuable comment from the U.S. Senate Committee on Finance, the U.S. House of Representatives Ways and Means Committee, and the U.S. House of Representatives Judiciary Committee as well as the Social Security Administration. Today’s amendment provides for an enhancement and a minimum offense level for individuals who violate certain positions of trust (e.g., health care providers, claims representatives, and others) in a manner that addresses the seriousness and sophistication of these fraudulent schemes.

The Commission also voted to adopt the recommendations made by the Tribal Issues Advisory Group in its May 2016 report. The amendment provides a non-exhaustive list of factors that courts may consider in determining whether a prior tribal court conviction warrants an upward departure from the recommended sentencing range. The amendment also adds a definition for "court protection order” for purposes of applying an enhancement under the aggravated assault, harassment, and domestic violence guidelines. Other technical and miscellaneous amendments were also adopted at today’s public meeting.

The full set of amendments will be transmitted to Congress by May 1, 2018. If Congress does not act to disapprove the amendments, they will go into effect on November 1, 2018. More information about this process and the amendments approved today are available here.